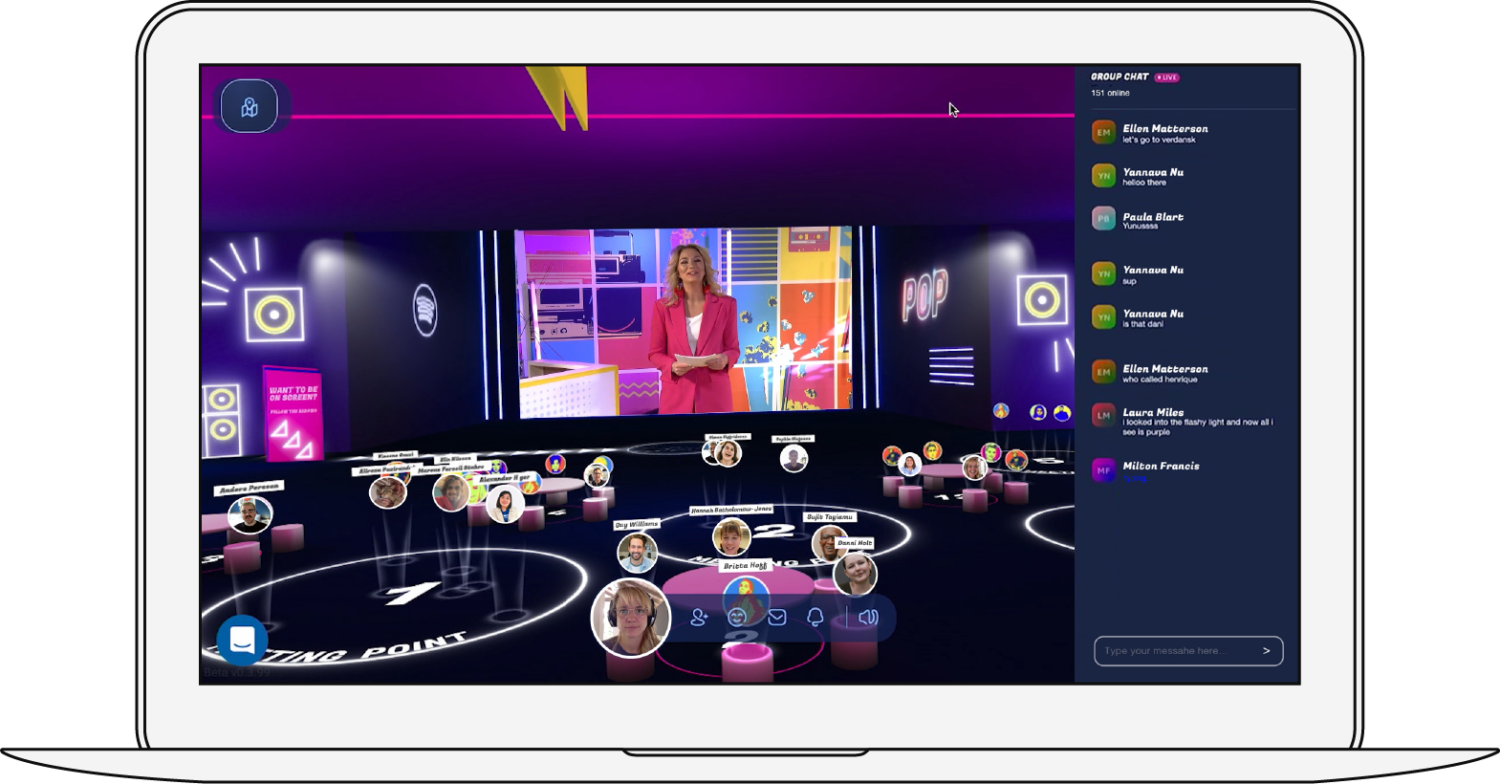 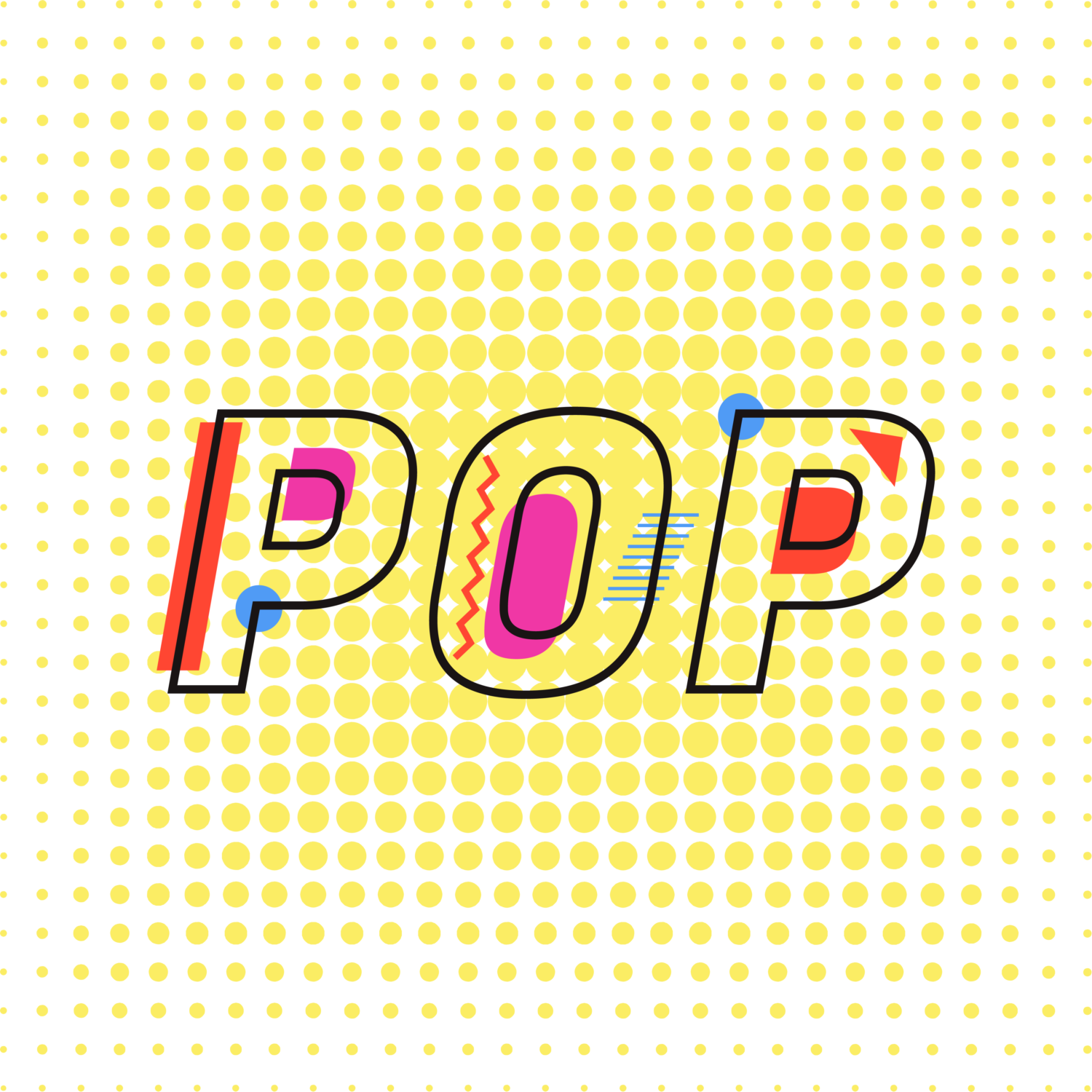 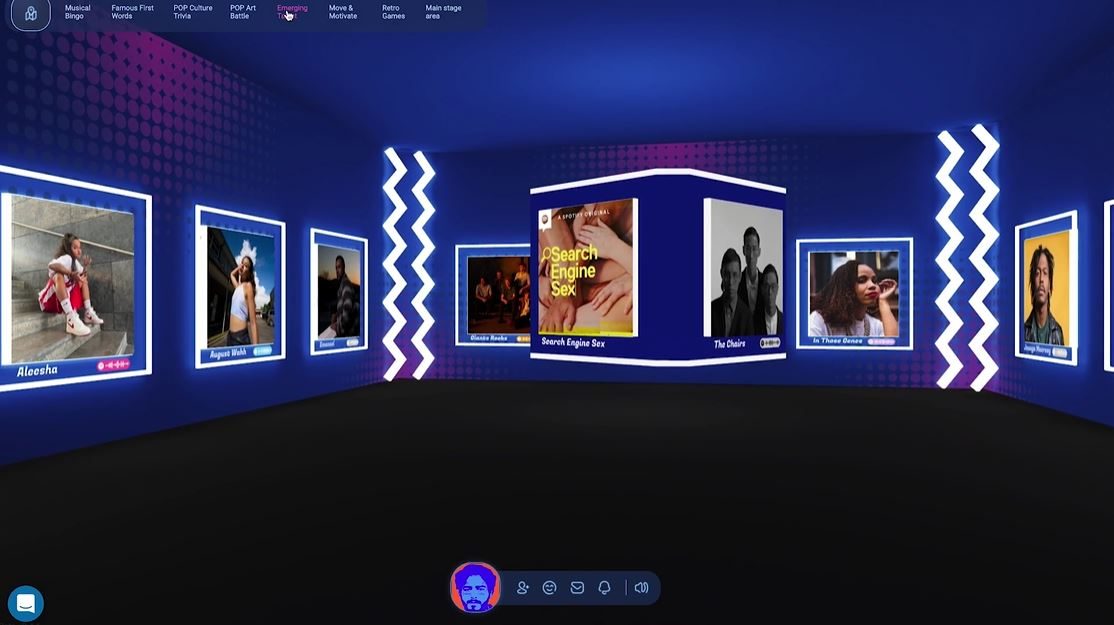 WE WANT TO BE INNOVATIVE AND PLAYFUL AT THE SAME TIME. WLLX REALLY GRASPED THAT, UNDERSTOOD OUR VALUES AND CULTURE AND GOT ON BOARD WITH HOW WE PUT THAT FORWARD TO OUR SPOTIFY WORLD, WITH THIS END OF YEAR PARTY.
SENIOR PX SPECIALIST, UK
SPOTIFY, 2020

THE CHALLENGE
How does the world’s leading music streaming service connect, inspire and engage its 6,000-strong workforce from their homes at the end of a memorably challenging year?
THE BIG IDEA

To enable Spotify’s employees to reconnect in a social setting from the comfort and safety of their homes, we created a virtual POP party venue—a 3D immersive environment where Spotifiers could explore, mingle and socialise, just like at a regular party!

The technically complex concept demanded significant prior research and technical development, along with dozens of test events to ensure feasibility and a POP-perfect delivery on the day. 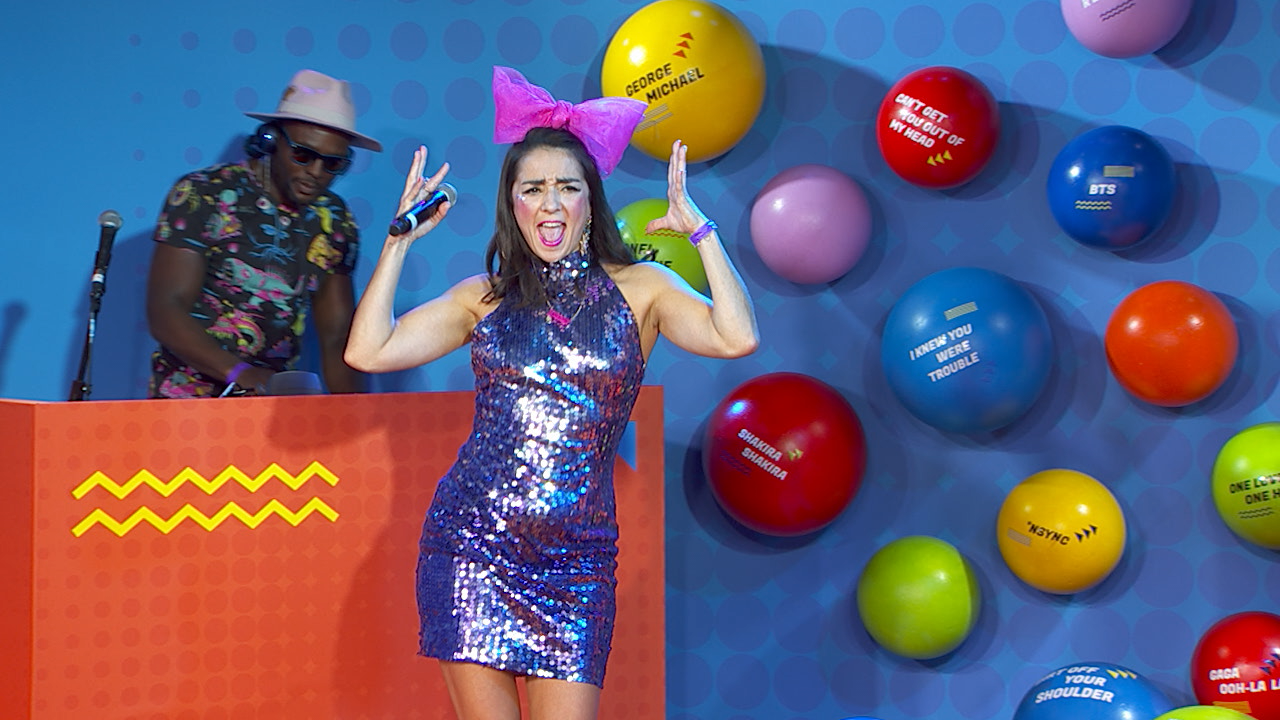 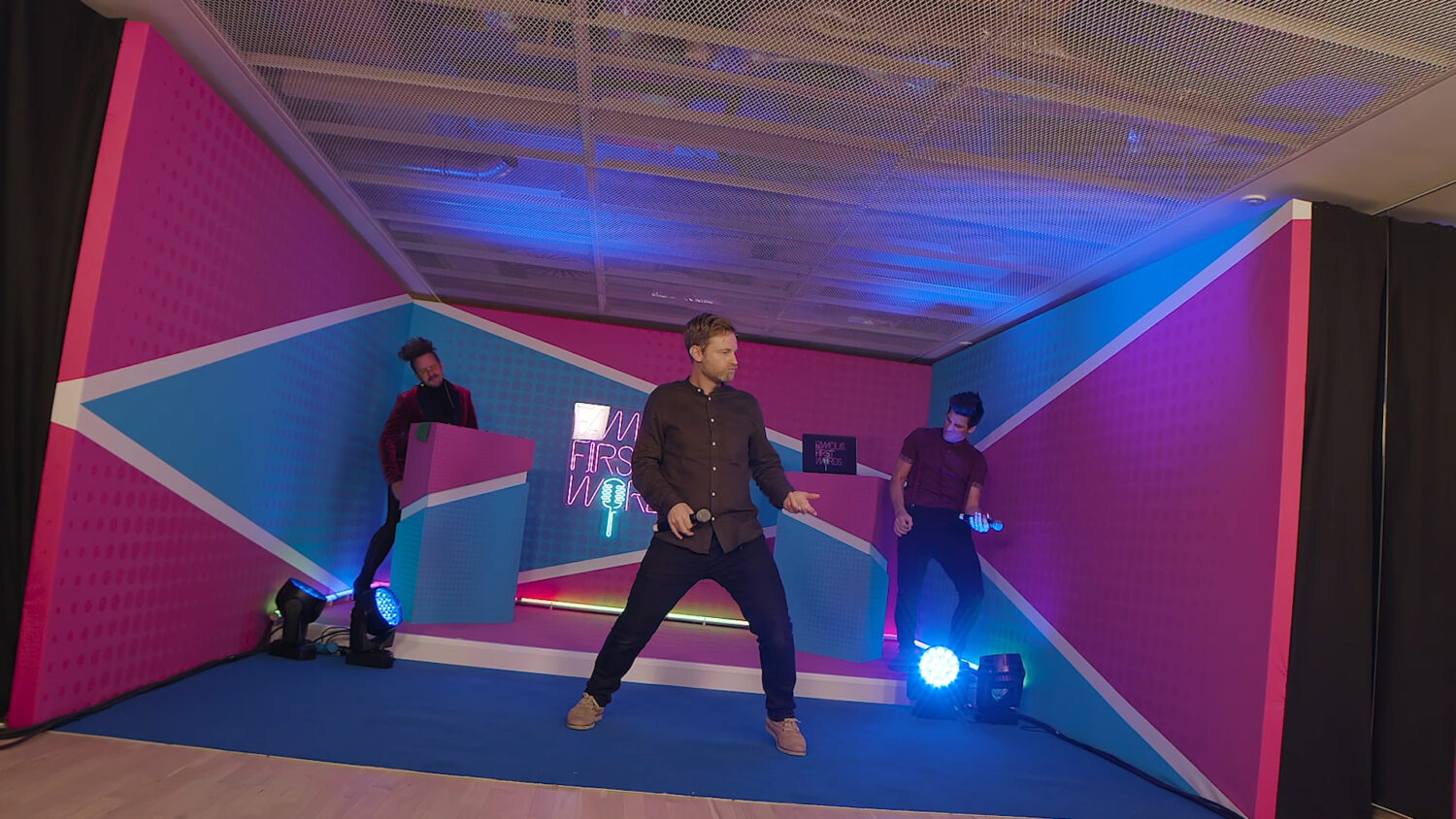 THE NUTS AND BOLTS

Spotify employees accessed and navigated the bespoke virtual two-storey venue, where they could sit at a table or join a meeting point to enjoy video and chat conversations with their workmates. On-screen navigation allowed users to search for, message, teleport to or invite others to teleport to them, and emit emojis.

In addition to the main stage room and mezzanine space were eight rooms, each containing a different activity. Six featured interactive game shows or participatory content experiences. Throughout the virtual venue, Spotifiers found QR codes linked to the event’s interactive app, creating ‘surprise and delight’ moments and inviting feedback about the experience.

WLLX is especially proud of its groundbreaking technical production work with live two-way audio and video technology for POP Stream.

The main stage and six rooms featuring interactive game shows or content brought presenters in Stockholm, London and New York into the homes of Spotifiers all over the world, in seamless broadcasts. Our ‘Sing the famous lyrics’, musical bingo and pop culture trivia game shows posed not only the greatest challenge – latency free participation – but also the greatest reward, as employees became the stars of every game at their party, singing, dancing and laughing their way into the broadcast.

To enhance a sense of community, our main stage show featured highlights packages, just like you’d find in a professional sports broadcast. This meant that employees who missed one activity in favour of another could see a recap of what they’d missed and witness the joy that their colleagues had experienced. This helped perpetuate the party energy and keep FOMO at bay.

WLLX brought the POP party home with a carefully-curated bespoke ‘POP Pack’, containing decorations, props, POP-themed food (popcorn, anyone?) and even a ‘POPtail’ making kit for the party’s global ‘cheers’ moment. Employees received their party packs, which also contained unique playing cards to enable participation in the various interactive game shows, at home in advance of the event.

WLLX was also asked by Spotify to create a short opener video that acknowledged the challenges of the year in the wake of the COVID-19 pandemic while also sharing a message of hope and optimism that built in feel-good energy to eventually launch the party. Featuring dancing employees, special effects and music, the video got the party poppin’ from the get-go.

The event brought thousands of Spotifiers together virtually in a year where physical meet-ups were impossible. Employees all over the world loved the event, with the ground-breaking interactive elements allowing for a sense of community that many had been sorely missing. 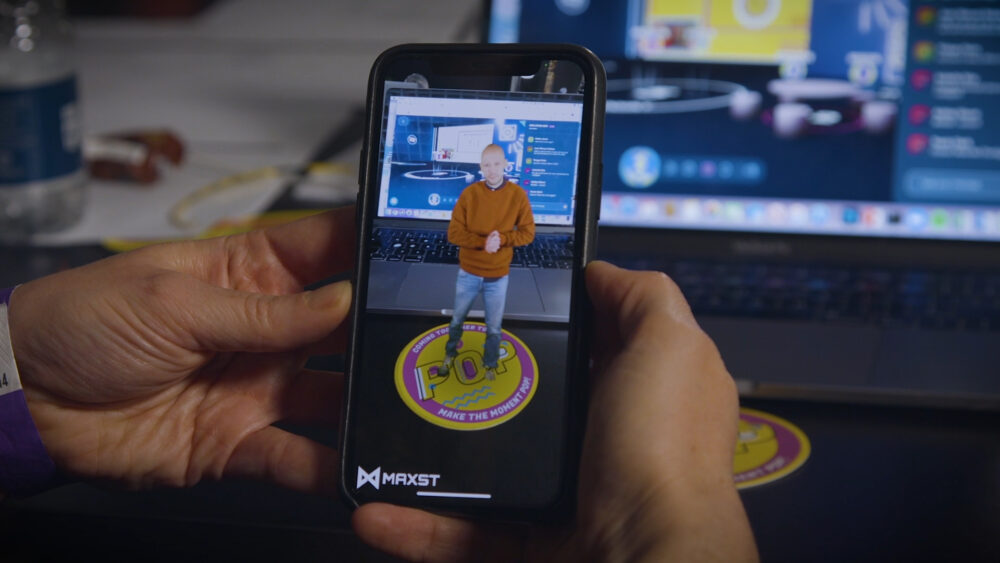 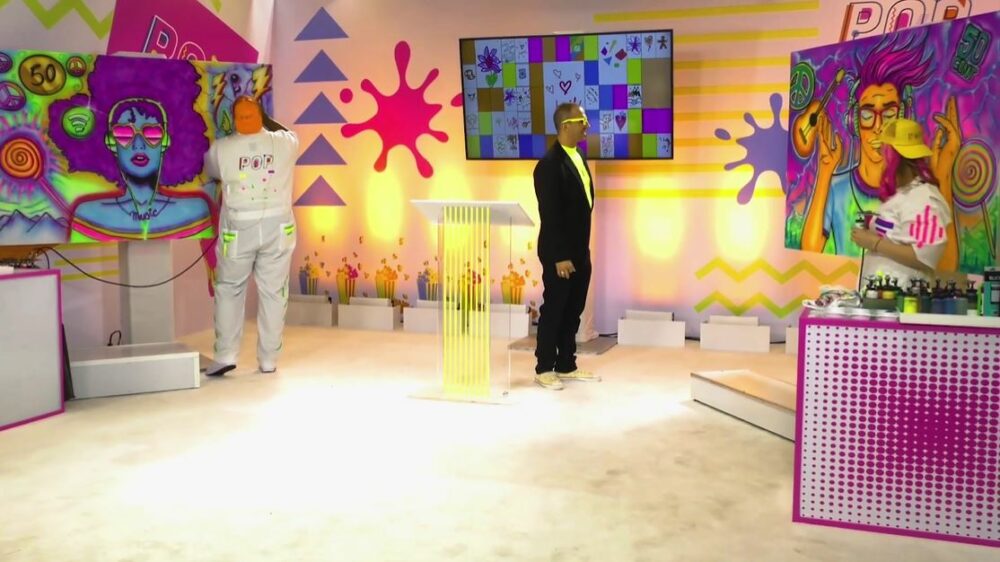 The biggest takeaway for me has just been how many connections have been made with people across the business… people from all across the world got value from the party and we were able to make sure they left with that sense of being a Spotifier and what it is to be a Spotifier. I think the POP party has done that this year
Senior PX Specialist, UK
Spotify, 2020
Prev Next
Cookies
We serve cookies. If you think that's ok, just click "Accept all". You can also choose what kind of cookies you want by clicking "Settings".
Settings Accept all
Cookies
Choose what kind of cookies to accept. Your choice will be saved for one year.
Save Accept all